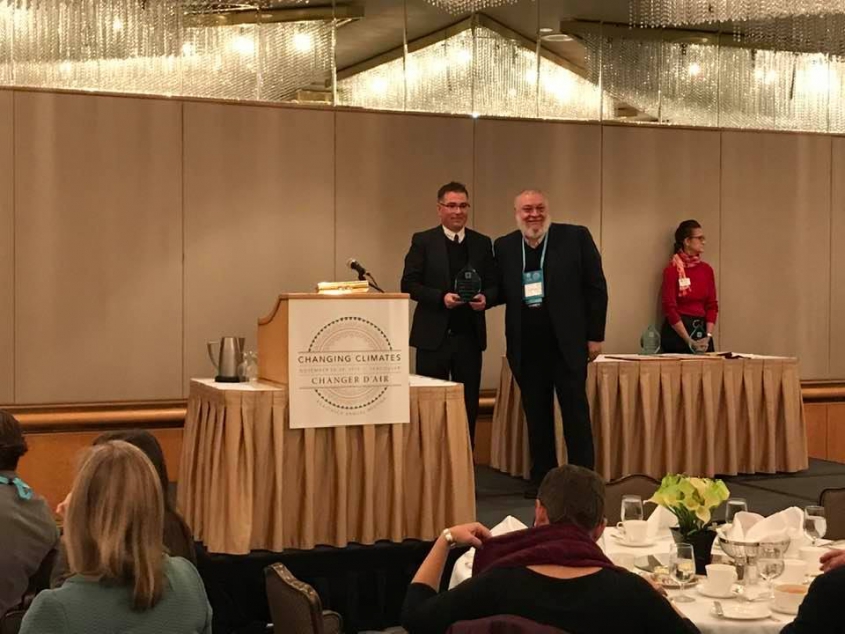 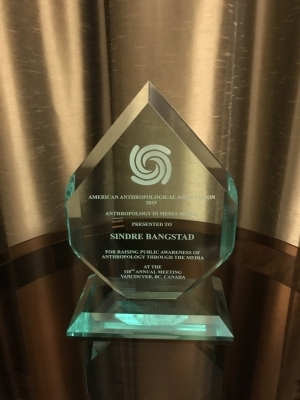 «Since I have realized by now that I will never receive the Oscars, you will have to bear with me for this short speech. In his 1983-84 College de France Lectures ‘The Courage of Truth’, Michel Foucault defines ‘parrhesia’ as «the courage of truth in the person who speaks and who regardless of everything, takes the risk of telling the whole truth that he thinks.» Furthermore, parrhesia is according to Foucault, «not a skill», but «a way of being which is akin to a virtue, a mode of action.» I am deeply honoured and moved to be receiving the 2019 AIME Awards from the AAA. All the more so, since my commitment to a public anthropology willing to take a normative stand with regard to the ‘dark times’ in which we live, and what the racism, discrimination and dehumanization that mark these times do to blight the lives of so many of our interlocutors, colleagues and friends in the Global North and Global South, means that I am unlikely ever to receive a similar honour in my native Norway. My ten-year old daughter has been worried as of late that I would be meeting a certain President. She will no doubt be relieved to learn that it is ‘only’ the AAA President Prof Alex Barker I am meeting. President Barker should of course feel free to tweet about this at around 4AM tomorrow morning, or thereabouts. But in thanking the AAA and President Barker for this award, I also need to thank some of my chosen anthropological and other ancestors. First and foremost, my dear friends Lila Abu-Lughod and Bjørn Enge Bertelsen, who nominated me. Secondly, Anh Nga Longva and Abdulkader Tayob, my mentors and supervisors in my formative years as an anthropologist. And my friends and informants in Cape Town, South Africa, who taught me what conviviality and a planetary humanism made to the measure of the world may be. This one is also for you: Baie dankie. Thirdly, Thomas Hylland Eriksen for endless signposting and inspiration in the field of public anthropology. Fourthly, those colleagues who through accepting my invitation to the Anthropology of Our Times-series at the House of Literature in Oslo have shown such dedication to making anthropology and related disciplines relevant to a wider public. Including Matti Bunzl, John L and Jean Comaroff, Magnus Marsden, Arzo Osanloo, John Bowen, David Price, Richard Ashby Wilson, Lila Abu-Lughod, Carolyn Rouse, Salwa Ismail, Paul Gilroy, David Scott and Sadiah Qureshi. I also want to thank my friends Paul Gilroy and Achille Mbembe for encouragement and inspiration through their work and what they are. Fifthly, I need to thank my colleagues and friends at KIFO, the very small and congenial research institute that has been my professional home for the past five years, and especially my research director Ånund Brottveit, for his unvawering support for my work over these years in the face of the backlash I am often faced with. Finally, I would like to thank my wife and two daughters in Norway, for providing so much meaning and purpose to my life. And all my antiracist friends and activists of all colours and creeds in Norway, South Africa and elsewhere, who continue to nourish and sustain my belief that anthropology and the insights it offers into our variegated but shared humanity can and should be relevant to the ceaseless and ongoing struggles for a better and more equal world for all even in the darkest of times. Thank you. Thank you.»